Supporting the success of Early Talk for York

The city of York meets the challenge of intervening early to identify and support children’s speech and language development – and its success is down to council facilitated collaboration. Three of those involved talk about the Early Talk for York initiative and the impact it’s making.

A strategy was needed to improve outcomes for these vulnerable children and the evidence from early years assessments pointed towards speech, language and communication difficulties being one of the key factors holding them back. So, the city prioritised the identification of speech, language and communication needs (SLCN) to ensure issues were flagged early enough to prevent them from having a major impact on the progress and achievement of children, and particularly those from the most deprived neighbourhoods.

Early Talk for York was launched in 2019, an ambitious, multi-disciplinary initiative designed to ensure children’s SLCN could be identified and supported sooner. The ultimate aim was to develop a strategy that could be expanded more widely across the city to improve outcomes for the most disadvantaged children within five years.

One of the goals for Early Talk for York was to build a more joined-up approach across multi-agency partners to improve children’s life chances. A target cohort of 458 children was identified from three schools, five early years settings and three childminders.

A project group was formed, which included early years practitioners, speech and language professionals, health visitors and children and family services teams. The group wanted to ensure decisions being made were evidence-based and that any strategies introduced focused on what was already working well. 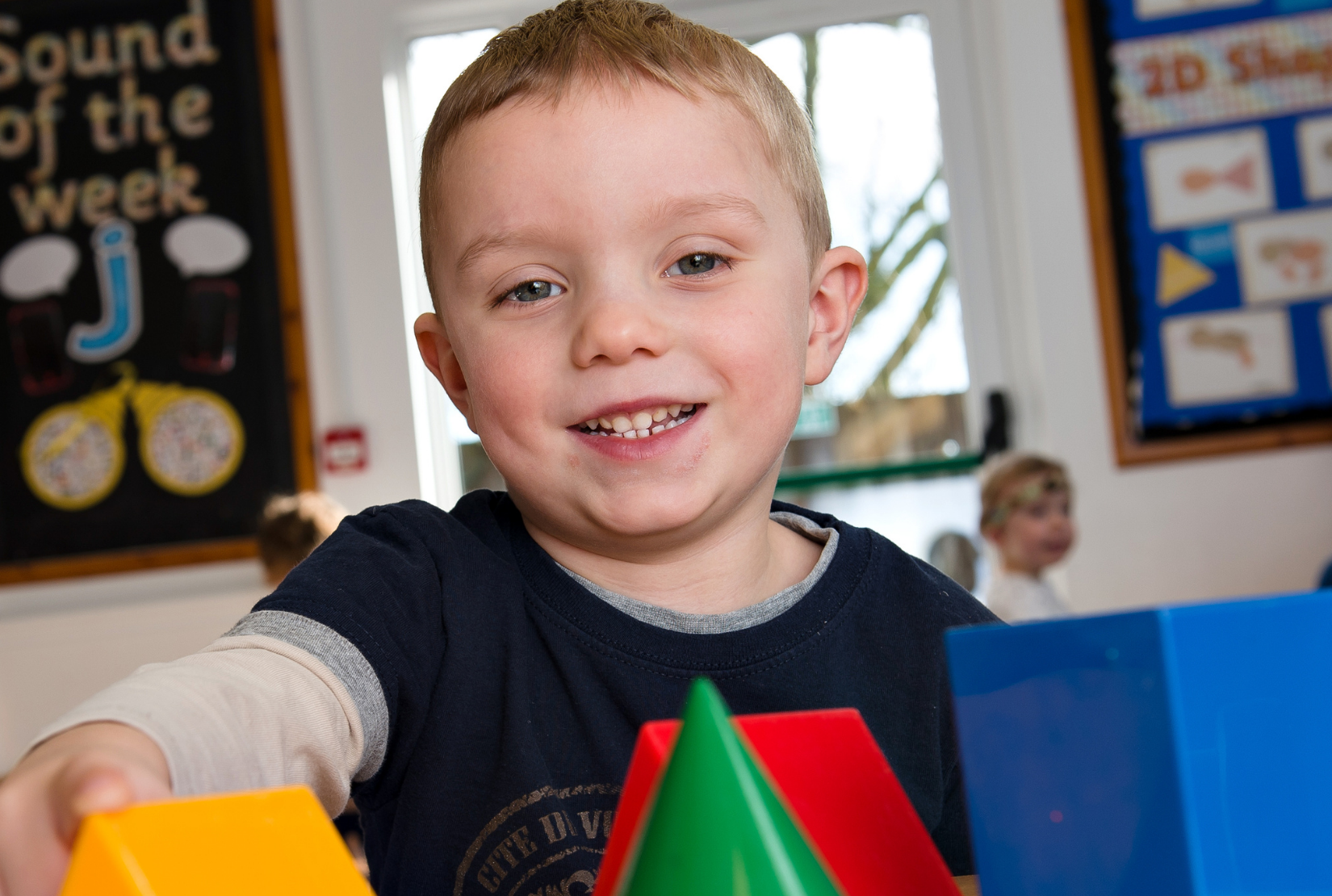 WellComm, GL Assessment’s screening and intervention toolkit, was already being used effectively by some early years practitioners in York. The plan was to roll it out much more widely, as Rob Newton, social mobility project manager for Early Talk for York, explains.

“Early years practitioners had already found WellComm to be an effective tool for identifying and supporting children with SLCN needs inside settings. As a robust assessment, we knew it could help us find children with speech and language difficulties at all levels and catch those at risk of falling through the cracks. For that reason, we wanted to expand its use to all those involved in the project.”

The toolkit also comes with the Big Book of Ideas, which provided early years practitioners with a collection of 50 easy to implement and proven interventions they could use to help children with any speech and language difficulties identified as a result of screening.

“With WellComm, children can be assessed easily and the suggestions in the Big Book of Ideas means our early years practitioners can provide support straight away,” Rob adds.

Working together to improve outcomes

According to data from Early Years Foundation Stage assessments in communication and language, only 59% of the most disadvantaged children in the target cohort for Early Talk for York were achieving expected levels for their age. It was clear collaboration was key to ensuring children with SLCN could get the help they needed sooner.

With rising demand there was a growing need to give early years practitioners an alternative to automatically referring children to the city’s speech and language therapy service when issues were suspected. The aim was to give teams the tools they needed to identify and address the difficulties children were experiencing within their settings, where this was appropriate.

All those working in schools and early years settings inside the project area were given access to the Elklan speech and language training programme and WellComm started to be used more routinely to both assess children’s communication needs and measure the impact of the initiative over time.

“Our staff now have the confidence to identify and support children with speech and language needs.”
Primary school leader participating in Early Talk for York 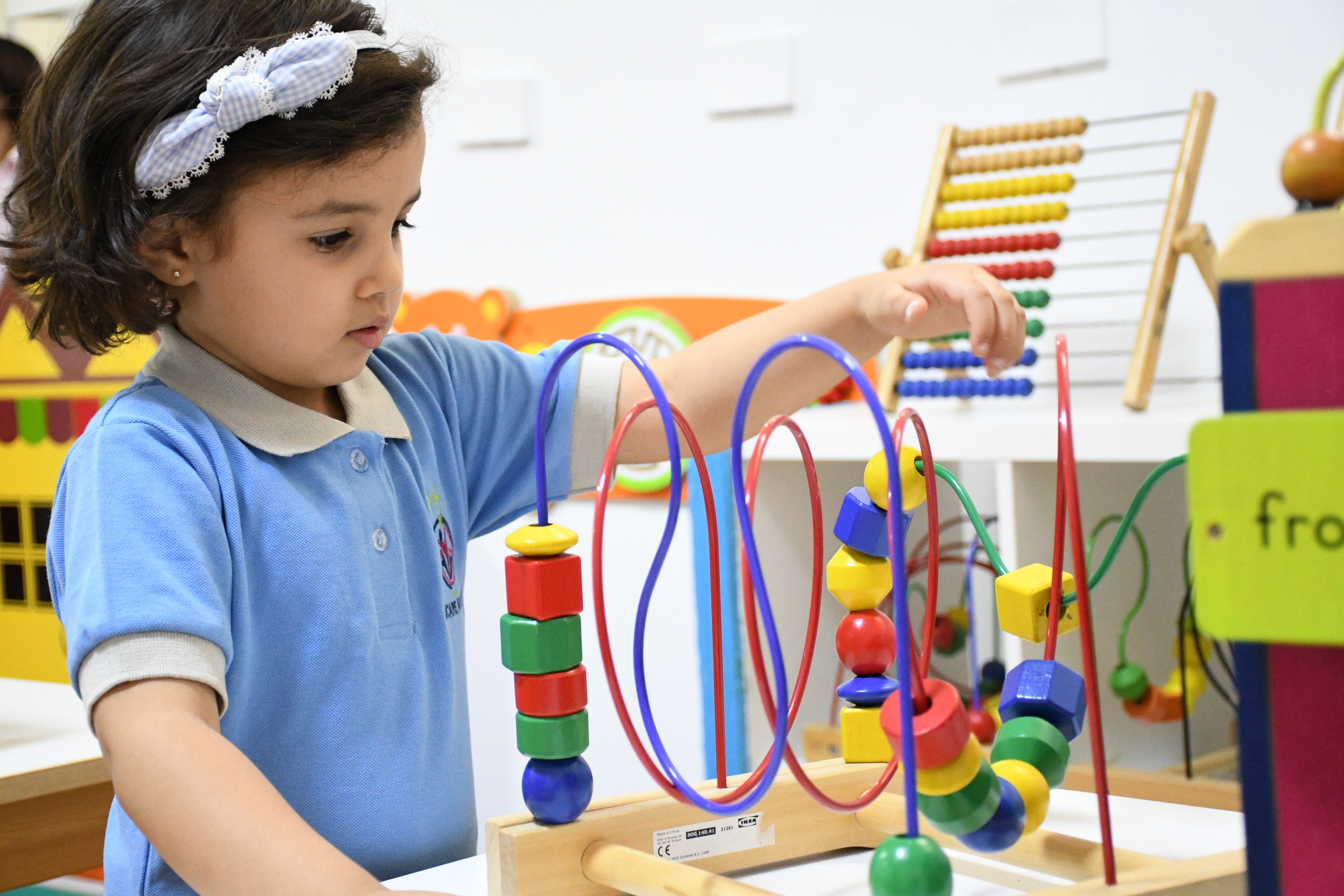 As part of the ongoing project, a speech and language specialist works closely with all settings to provide additional advice and guidance where it is required. This helps to ensure more children get the support they need on-site and many never reach a point where they require a referral for more specialist intervention.

Berni Neale, deputy manager of Muddy Boots Acomb, one of the Early Talk for York nurseries, has described how it has changed the mindset of staff in the setting. “It has encouraged our team to think differently about how we can support the children in our care. All staff are now trained to use WellComm and as it only takes 15 minutes, we could screen a small group of children we were especially concerned about in a short space of time.

“The toolkit is so easy to use. We’ve introduced strategies from the Big Book of Ideas to strengthen the children’s understanding and use of pronouns and prepositions. This includes modelling language and encouraging them to use words such as ‘first’ and ‘last’ when they’re queuing up to go out in the garden or lining up toys.”

There have been more unexpected successes, too. To take one example, staff have been able to help a two-year-old boy with a stammer to pause and take deep breaths when he is speaking, which has reduced his frustration and made it easier for him to get his words out more clearly.

Representatives from the council’s children and family services have also played a pivotal role in the scheme to reach children who may not be attending an early years setting.

Health visitors and experts from the family learning team are working to flag any issues with the speech and language development of children they are in contact with. Key has been the tailored support and other measures put in place in the home to develop children’s communication skills.

“This is a vital step in building a team around children who may be struggling with speech and language but are not necessarily on the radar of an early years team,” says Jodie Farquharson, head of City of York Council’s Healthy Child Service.

“The Early Talk for York initiative is the first time that the Healthy Child Service has collaborated with Family Learning in such a systematic way. As health visitors, we know the home learning environment is crucial to improving outcomes for children, but as a single service we are limited in capacity to what we can do alone.

“This project has enabled us to join up with Family Learning to put bespoke educational programmes in place for parents who didn’t have the knowledge or confidence to help their children. This approach makes best use of our shared capacity and expertise. The links we have made have also benefitted children and families beyond the project group.”

“We can pinpoint where children are struggling and offer targeted support to individuals and groups.”
Senior leader in early years setting in York

While the pandemic has meant that some elements of the programme have been delayed due to restrictions on social distancing, the project team has met on a half termly basis to review progress and there has already been a positive impact.

“The shared commitment of all those involved to work together to support children and their families has been critical to the success of Early Talk for York in the last 18 months,” Rob explains.

“Such collaboration has meant that we have been able to drive forward with other related work, such as a pilot of the integrated two-year review which will see practitioners from early years settings and the Health Child Service routinely working together to provide early help for families and improve outcomes for children.”

The multi-agency project team has seen a 9% increase in under-fives identified as having a SLCN in a relatively short period. Around 2% of these children have been referred for more specialist support, but the vast majority are getting the help they need much closer to home.

The speech and language therapist has provided specific advice in 19% of all children in the project area and an additional 2% of children have been referred for further intervention as a result.

To complement the positive impact of Early Talk for York, a partnership with the NSPCC has seen the successful ‘Look Say Sing Play’ campaign rolled out across the city, with the aim of helping parents to build strong bonds with their babies from pre-birth to the age of two.

“We know that the Early Talk for York initiative has flagged cases that would previously have been missed. These children are now being supported,” says Rob. “As a result, we are looking at how we can further roll out the scheme to become an embedded way of working across the city.

Benefits of using WellComm in the Early Talk for York initiative